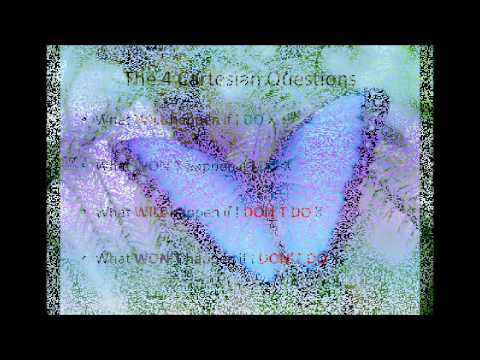 One of my most popular articles on this blog is the one called “The 4 Cartesian Questions in NLP”, and which dates back to November 2009.

In it I describe how one week I sprung the Cartesian Questions on the team I coach for rugby. This was done under the guise of being a “pre-match team talk” – and the outcomes were noticeably interesting.

As I said, when adding the article as a chapter in my book Mind How You Go, the captive audience nature of a sports team – both pre-match AND at half time – is very vulnerable and susceptible to whatever is being said TO and AT them.

I’ve winced many a time at well-meaning “motivators” – both coaches and partisan well-wishers – who come out with stuff such as, “If you play as bad as you did last week then you’ll lose.”

All individual players are vulnerable to some degree in terms of their thinking in the moment and, as a performance coach, part of my role in particular is to help them understand that vulnerability and how they can best “keep a lid on their own particular pressure cooker”.
When dealing with such as a rugby team, for instance, there might be 18 different pressure cookers bubbling away – so whilst I have a lot going on in terms of man-management (or cooker-management!), I always strive to get the players to manage their own pressure-cooker. It’s for the best, although it can take time!

I know it seems like a no-brainer … and yet …

I’ve taken the time here to revisit the original article, having now done an audio-visual version on my YouTube Channel.

Plus click here for the original written article from the archive on this blog!