The Wright Way / Uncategorised / Dashing away with It 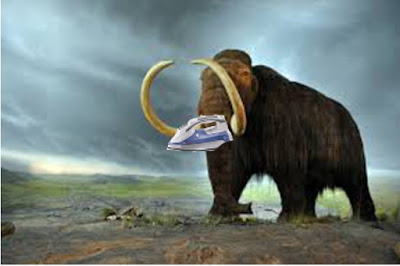 Dashing away with It

Peter March 12, 2017 1 comment Uncategorised
“Phew!” I said to myself as I’d just finished a mammoth ironing stint, comprising a dozen handkerchiefs, six shirts, a couple of pairs of chinos, some pillowcases, et al. Actually, the “et al” bit was the stuff we don’t iron of course – the stuff our ‘public’ never sees – and NO, heaven forbid, I don’t waste valuable time on the invisibles!
They say ironing is one of those tasks that can be a chore for some, relaxing for others, and a neuro-pathway to wisdom for those familiar with Zen and
the Art of Smoothing Cloth. Yet, for most of us it’s a marmite thing – you either love it or you hate it.

Modus Operandi
So when you set out to iron your mammoth, whether you view it as a chore-bore, or a pathway to enlightenment, there are – assuming that you ARE an ironer of course and not just a receiver of the smoothly finished articles – a number of givens.
There has to be a level of attentive engagement, even if only for safety’s sake. This attentive engagement links the ironer into a level of concentration that’s up there with finely chopping onions. Pay less attention and fingers – or worse – will get scalded, or burnt! So the caveats really should be minded and applied at the start of the mammoth stint, when we’re tuning-up our concentration, so to speak!
Now concentration, of course, is a blend of attention and focus.
And once into the ironing session, our mind can almost allow our focus to occupy the conscious foreground whilst our attention can drift into contemplation or reverie. With reverie we’ll be off on a daydream, a transport of delight, borne on gossamer wings to Shangri-la.
With contemplation, however, there’s a degree of structural direction to our trains of thought. It is much less of a mystery tour when things go along these lines. We board at the stations, and alight at our destinations.
And there are lines on the cloth for the iron to smooth away; and there are lines in our contemplative attention as well, where our rolling stock goes over points, slows for signals,  passes through and sometimes arrives at stations.

And we might, possibly, change trains here too … somewhere else … That’s how it is with trains of thought.

Rushing
Now if we see the ironing process as a chore-bore, we will – inevitably – want to get it over with as soon as possible. We’ll rush the consciously-focussed smoothing the cloth bit – and will actually miss the entire alternative universe that is going on here. A universe that can bring us back in tune with ourselves; a universe that can bring rest and renewal; a universe where something insightful might arrive and be noticed!
The other by-product of rushing is that there will be flaws in the ironing. It will be a bit slapdash.“But who cares?” You may well say! “I’m very busy! I haven’t got time for all that woo-woo, mind stuff. I just want the clothes to look as if someone has taken a bit of trouble to do the wretched ironing. Just so the world can see that someone in this house actually cares!”
“Ah – so there’s your answer to who cares! YOU do!”
And here’s the thing –
We seem to be doing the ironing, albeit in a rush, not for ourselves but for THE WORLD?
Really? Does the WORLD care whether we do the ironing or not – really?
No, the world doesn’t care at all. As far as the world is concerned, we are not obliged to do the ironing. The sun will come up tomorrow whether we do it or not!
Do it with Care
So perhaps if we ARE going to be doing a bit of “Dashing away with a smoothing iron” then we should remember who it is we are doing it for.
It is a bit like chadō, the Japanese Tea-Making Ceremony.
It is almost devotional – and the alternative universe bit that is going on with the ironing, is there for no other purpose than for us to merely be present with.
It is a gift, let’s say, from the universe to Us, as the ironer.
And perhaps the greatest irony when we do it with care rather than at a rush is this – we will do a better quality smoothing job, in the same time, with far less conscious effort, feel more renewed and less tired, and feel a real sense of fulfilment.

We’ll turn our sad-rags into glad-rags!