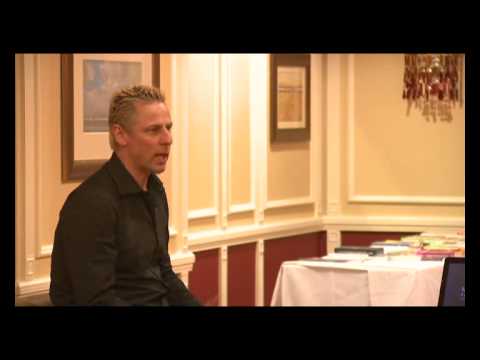 A few years back I encountered
the following video on YouTube where a polar bear is being pursued by a team in
a helicopter in order to tranquilize the bear and so be able to tag it.

The fascination of this video
was the illustration of the discharge of the freeze response in the polar bear’s
autonomic nervous system. Part of the video shows the “discharge” footage, and
the rest is part of a presentation of Matrix Re-imprinting with EFT.

Let me say here that I am not
a practitioner in EFT. However, it is clear from the comments by the presenter
that the discharging of the freeze response, for us as humans, is hugely
relevant. He talks about how we are “caged” animals, and how we react naturally
after a car accident (say) until we are attended to in the sense of applying
medication to “calm us down”.

Recently I did some work with
a client who is a netball player. About a month earlier she injured her knee
during a match and had to be carried off the court. With no other players
around she had jumped for a ball and landed awkwardly as her knee had failed to
provide proper support. She had a clear recollection of the event.

Over the intervening four
weeks she had a number of medical consultations including, the day before I saw
her, an MRI scan. The pre-scan medical thinking was that she had an ACL
(anterior cruciate ligament) injury, and the scan was to enable her consultant
to ascertain the nature of surgery required.

One of the things happening
for my client over those 4-5 weeks was body posture adjustment to compensate
for her inability to straighten the knee joint. She had walked with crutches
for some of the time, and then a stick. However, her description of how her
knee felt – and how it appeared to the medicos
– was as if nothing was progressing, and was as if the trauma damage in the
knee joint was ‘frozen in time’.

When she described all this to
me it brought to mind the polar bear, and the discharging of the freeze
response. It appeared that for her, at an unconscious level, the traumatic
event that lead to the injury was being played repeatedly on a continuous loop.
It was very much as if the physical, bodily memory of the event was frozen in
time and had not moved on.

I know, particularly from
personal experience, that the mind has a powerful role to play in facilitating
physical recovery from injury, and even replenishment from exercise. So if the
mind is stuck in a trauma loop then the recovery process is not kick-started either.
Likewise, even after surgery to repair the knee damage, if the event memory was
still frozen then her post-op rehab would most likely be severely retarded as
well.

For the best of recoveries in
an ideal world, her operation needs to be a total success, AND her mind-body
links needs to be in a place of wellbeing.
Our
Work

As an accomplished athlete she
has a good, objective mindset around the power of mind-body links, injuries and
other sport-related processes. We had worked before on specific issues in her
game which she had been able to change very quickly, so I knew there was already
a good understanding between us as to what might, could and would work.

I explained to her about
EMIplus, (Eye Movement Integration Plus) which is described as ‘a brief and
content free process for resolving psychological traumas and negative emotions.’

I decided to use this as I
have used eye movement processes for some time and have witnessed a number of
amazing outcomes as a result – from the transformative to the distractive. I use
eye movement processes as a ‘hypnotic gateway’ and they can be particularly effective
when dealing with issues as far apart as insomnia and physical pain. The eyes
hold many keys in terms of how we run things on the inside.

Without going into detail
regarding EMIplus – especially as there are those elsewhere far more
knowledgeable and capable than I – it involved my client following certain specific
movements of my fingers whilst holding her head still. Essentially, therefore,
only her eyes would be moving.

In the course of our running
this process, in fact after about a minute to be fair, there was a sudden
physical change for her which caused her to shake and made me pause whilst she
regained her balance. I continued with the process until I was satisfied there
were no more noticeable perturbations in her eye movements. We then did a
de-brief on what had happened with the “tremor” – how it felt, what differences
were now noticeable etc.

She reported a complete change
of inner perspective in her knee. How the pain and discomfort now seemed to
have a specific location which coincided with the medical opinions regarding
the ACL damage. The actual tremor she described as being similar to having a
sudden onset of cramp, and that it had been felt in the quads at the knee end
of her thigh. She also now had a definite feeling within the knee joint whereas
before there had only been an overall feeling of rigidity around the whole
area.

Much had clearly gone on here
for her in mind-body terms and I felt it was time for her to take this felt
sense of change into a place of familiarity. In other words she needed time to
become comfortable with what was now different.

By way of ‘homework’ I asked
her to create two films – through visualisation – of the original event in the
netball match. The first was to be associated as if seen through her own eyes,
and the second was to be dissociated as if seen by her as an observer. The
content of the film was to match her original memory of the run up to the event
action, right up to the moment her foot landed after the jump to catch the
ball. The content was then to become what would have happened if she had
landed perfectly and continued her next piece of action in the game.

I saw her again a couple of
days later and caught up on how she was getting on with the changes that had
taken place. First we did a little more EMIplus work with the visualisations
she’d created for her ‘homework’ and then I did a little piece of work using Clean
Space.

My thinking behind using Clean
Space was this – the visualisation ‘films’ she had created of the event
involved two perspectives. The Observer
perspective had a particular geographical location relative to the associated
perspective and I wanted to investigate what unconsciously coded information lay
behind that relativity, for her.

Interestingly this also involved
walking her timeline of the trauma event, the NOW of some 4 weeks later, the
operation, and the aftermath or post-op future pacing.

To some practitioners this may
seem something of a kaleidoscope of techniques and processes – to which I would
say that dealing with clients’ specific issues often involves the kaleidoscopic
approach, the mix-and-match, because EVERY client is different.
And since every
client is different, I tend to go with what I intuitively feel will work best
for them. I will, most likely, never use this exact combination of
mini-processes ever again – even with this client.
Conclusion

The next stage is to see how her
operation goes and then to follow up – if necessary – with anything untoward in
mind-body terms that may be happening for her in the aftermath and her
rehabilitation.

I’m comfortable and confident
that we unfroze her unconscious where the trauma was concerned, and the changes
both she and I noticed bear witness to that.
Was it all freed up by using
EMIplus? That’s for you to speculate!
I certainly have the memory of what I saw
happen for her from a few feet away.
It was as if she’d arrived with her knee encased in a large block of ice, and I’d watched as that block
of ice broke into pieces and her knee was able to move on the outside and inside much more freely.