The Wright Way / Uncategorised / Getting ‘Off the mark’! 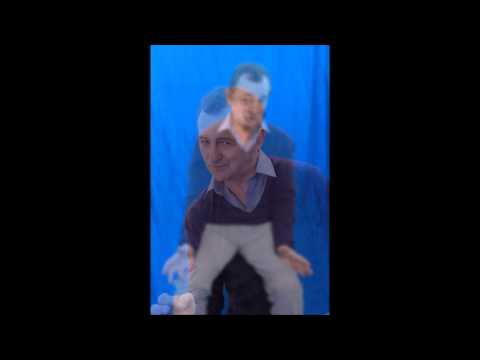 Getting ‘Off the mark’!

“I’m off the mark – I’ve broken my duck”.
Last week saw my very first venture
into public speaking. Now I have to go back a very long way for my first public
performance in any format – but just speaking, for donkey’s years anyway, was
always an area I avoided; was always an area that gave me that sinking feeling
of trepidation, the cold sweat, the “that’s not the kind of thing I do” type of
comment.

I’d done singing and acting
from young, and the thing about performances like that was that I was wearing
the cloak of character. Even when I sang comedy songs to my own accompaniment,
I was playing the roles of both comedian and guitarist – it wasn’t REALLY ME.
The real me was locked away somewhere in a shy little room. Even when I performed
sport, I was playing the role of sportsman, player or even a position specific
role. The real ME was not actually on show.

So when it came to public
speaking, the whole spectrum – from large audiences right down to introducing
myself to a group of people, or just several, or even just one – was a
vast area of discomfort for me. If I had the choice then I wouldn’t go there.

So my ‘maiden’ engagement –
how did it go?

Well amidst the pleasure of
doing it there were some interesting moments of learning, and learning from
past ‘mistakes’.

In terms of the past – here –
I would describe the mistake in particular as being a “miss-take” since if
there had been any filming taking place then a miss-take would have been the
best way to describe it.
In “Getting
out of our own way” which was written in May 2011, I mentioned my two ‘identical’ lessons.  https://thewrightwayltd.co.uk/2011/05/09/getting-out-of-our-own-way/
I’d
invite you to perhaps visit this article to get an idea of what went on for me
back then.

To cut to the chase in terms
of last week, I was required to do two identical presentations – each to half
of the delegates attending a small conference of mainly life, business and
leadership coaches. Now the experiences I’d written about released me from the
necessity to make these presentations exactly identical. I had the framework of
content I wanted to deliver, and that was the end of it. And – having trusted
the unconscious ‘inner’ guiding hand – this was how they turned out.
Both slightly different!

Each one drew upon the energy
in the room, to allow me to make subtle changes to my energy – which I then fed
back to the room allowing me to make subtle changes to their energy … and so
on! On a non-verbal level it was a fascinating experience – only possible
because I was totally engaged in the moment (not stuck in my head) and highly
attuned to every nuance in the room. If I had to quantify what I mean when I
say “I get a great buzz out of doing this,” then this being attuned to the
nuances and utilising them IS that Buzz.
Of course, neither audience knew what the differences were! Only I did, AND
that had been planned for.
And this brings me to the other main learning experience.

Whatever we might plan for in
a scenario, especially one such as this, it’s always worthwhile having an
alternative route or a get-out clause, a plan B. Of course if we do this and convince
ourselves in advance that there is only one alternative, then what do we do if both
plans A and B fail? Well there’s a spin-off here from our thinking in advance
which can lead to our sending ourselves down the plug-hole, or into a brick
wall – when we are in the moment on stage.
And for stage here we can extend this metaphor to life and to “All the world’s
a stage.”

The advance thinking can close
our doors to the fact that there are actually an infinite number of alternatives – some of which maybe even better
than our original plans!

A few years back I was
involved as a performer in our local Village Concert. One part of it was
a comedy sketch that several of us were acting out, and we’d rehearsed this over
a number of weeks beforehand.
On the big night things were good – the village hall was full and all
performers were keyed up (in their own particular ways) to do ‘their bit’.
Time came for the comedy sketch.
Now, at one point in the sketch I was meant to read something aloud from a
sheet – like a proclamation, let’s say. Circumstantial timing can be everything
– and as I held up the sheet to say my next lines all the lights fused in the
hall. There was a hush and the odd, “Ooooh,” and then I said to the audience –
in total darkness – “Lucky for me I’ve got the Braille version so I can just carry
on.” Before I’d reached the words “carry on” however, I was hit by a wall of loud
spontaneous laughter which, given that it came out of the pitch black darkness,
was very surreal and very electrifying.
We never finished the sketch, though the lights were fixed after a couple of
minutes. We went straight to the Interval and the audience were buzzing as they
enjoyed their tea and cakes.

The point here was that,
trusting the unconscious had allowed for spontaneity in performance – factor in
the audience’s unconscious response as well and we all had an electrifying moment, made
possible by the very lack of electricity.

So what about my best laid
plans in last week’s performance?
In order to illustrate something I was going to use a padlock and keys. However
– when I went back to the car to get my various ‘props and things’ – could I
find the padlock and keys? Nyet.
I also could not find where I’d put my speech running order. Horror of horrors.
This was potential turmoil. I searched and searched – and then abandoned ship!

Suddenly it seemed I had lost
my conscious mind, and as I went back into the venue reception area I was hit
by THE driest mouth I’d ever experienced in my life! Interestingly – at that
moment, instead of handing everything over to my thinking, I handed everything
over to my unconscious instead. I went and got a beaker full of water to moisten
the mouth and went to the ‘stage area’ from where I would present. I wrote some
headings on a flip chart pertaining to my talk – The Mind Body Links in Sport –
and by then things were starting to flow. I scribbled in pencil, on the flip
chart, the bullet points of my running order. The audience would not see these scribblings,
but they were visible for me right up close. I then still had plenty of time to
drink some more water and just get in tune with the ambience of the room and
the assembling audience. I knew what I would use instead of the missing padlock
and keys, and so everything was ready.

The rest was pure enjoyment
and all about engaging in the moment.
I loved every part of the performance experience – and I think it went down
well, in both slightly different versions, with the audience too.

I could have panicked – I could
have bombed – but the lost padlock and running order happened for a purpose.
And that purpose was a learning opportunity in the moment, which I seized!