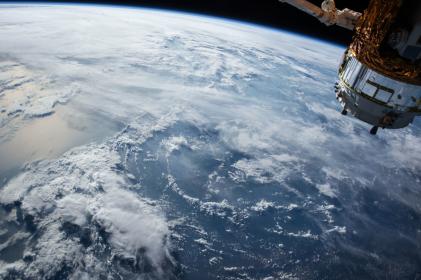 “He has given himself up to an influence outside his everyday consciousness, which is none other than his own deeply buried unconscious, whose presence he was never hitherto aware of.”
~ Bruce Lee, The Tao of Jeet Kune Do

Focus your eyes at infinity

On a summer’s day, have you ever paused to lie on your back and stare up at the sky, looking way beyond?
That’s rather like focussing at infinity. What do you notice happened when you did that?

Have you ever looked up at the sky on a starry night when all the stars were twinkling?
Did you notice what happened when you tried to focus on a particular star – how it seemed to grow dimmer and stop twinkling – yet all the ones round about it seemed to become much clearer.

Curiously, if you pointed a telescope at that same star, this effect wouldn’t happen. It is only in our perceptions, however, where these differences seem to take place.

Focus in Sport and Performance

In terms of focus, I’d always approached coaching players from the perspective of watching the target – whether that is a ball, shuttlecock, goal, stumps, pin, pocket, dart board, fence, hoop, jaw, or whatever. It has always been either by taking dead-aim, closely watching with a narrow focus, or a mixture of both.

Until, that is, a good friend introduced me to the book “The Open-Focus® Brain” by Dr Les Fehmi and Jim Robbins. It was whilst reading this fascinating study on the nature of narrow focussed attention and open–focussed attention, that one or two connective light bulbs went on for me.

At that moment, amusingly, I realised there is a lot more to focus than just meets the eye!  And that includes both our physical eyes and also our “Mind eyes” – which is another way of describing our Mental Focus.

So, what is the relevance of this Mental Focus in our lives?

Well, for me it came down to the contradiction I always encountered when comparing the need for some “amazing powers of concentration” and the fact that when “in flow,” when The Zone is being experienced, then concentration just seems to happen effortlessly.

I concluded that when people are in The Zone then they must concentrate in a different way. Their level of absorption must be 100%, as we know and that doesn’t change in its nature, so their Focus must be what changes to make their concentration different. That was certainly how it was in my experience of The Zone. 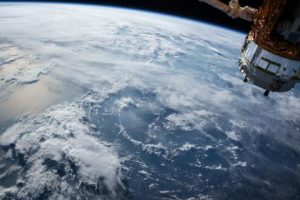 Well over forty years ago I read quite a lot of science fiction. There was a particular short story called The Far Look, by Theodore L Thomas, written in 1956. A Google search reveals it is currently described as…

A classic tale about a long and lonely watch on a Lunar station where … a “wider perspective” (a “far look”) on all things is easily achieved.

Essentially, astronauts returning from a duty at the Lunar Station, all had The Far Look, which gave them not just a wider perspective on all things, but also deep powers of perception about life, the universe and everything, much more than everyone back on Earth. All quite regular yet fanciful stuff, although with a good degree of insight on certain matters, especially for 1956.

One of those insights, as I saw it, was all about an open (or broader) focus. Now, at the time I first read it, I merely concluded it was all about the senses and, primarily, the Visual in particular. However – what Theodore L Thomas captured in his narrative was an idea that the astronauts, spending time alone ¼ million miles from Earth, gained a transformation in their perceptive powers via their exposure to the vast dimensions of outer space relative to their home planet, the sun, and beyond.

Interestingly, Dr Fehmi’s work on Open Focus® explores the dimensions of our own inner space relative to our mental perspective, and – I’ve discovered – that that perspective changes, broadens slightly, with every exploration!

Now as it happens I hold firm to the view that all people are amazing, when freed up enough to demonstrate that to be so. Therefore, in “Far Look” terms, I think that these powers of perception are readily accessible to us all at any time. This way these powers can in no way be described as ‘enhanced’, but rather they are normal – the default setting, if you like.

The difference, in our normal everyday lives, is that we actually DIMINISH our capabilities through diluting our attention, narrowing our mental focus for far too long, filling our conscious mind with unnecessary baggage, and creating – through our own thoughts and imagination – an egocentric world that we regularly convince ourselves as being utterly real.

Wu Wei refers to the cultivation of a state of being in which our actions are quite effortlessly in alignment with the ebb and flow of the elemental cycles of the natural world.
It is a kind of “going with the flow” that is characterized by great ease and awareness, in which – without even trying – we’re able to respond perfectly to whatever situations arise.