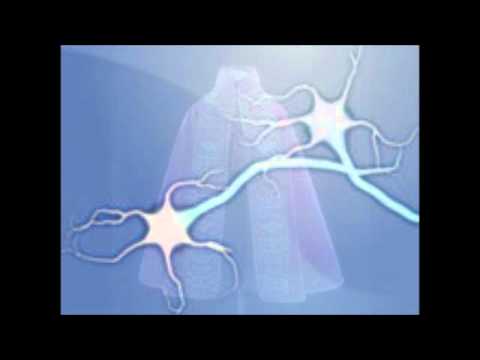 Sometimes things just leap out
at you by association.
Years ago I was watching a bus reversing and as it did, it played a loud ‘warning’ jingle that musically reminded me of the passage in Mendelssohn’s Midsummer Night’s Dream overture that represented the character Bottom when he wore the donkey’s head.

Donkey is quite appropriate
you might think, especially if you read this and do not know the piece of music
in question! Nutty as a fruit cake, you may be saying …
And so to this morning’s
associative mental connection which appeared as I looked at the first 3 items
on my shopping list.
MILK, PAPER, CROISSANTS
Because of the syllabic rhythm, AND guided by ‘paper’ in the middle position, I
immediately went to … yes you guessed
STONE, PAPER, SCISSORS

Still nutty after all these
years?!

But of course, the sounds from
a reversing double-decker bus have seemingly nothing whatsoever to do with either
Mendelssohn or Shakespeare – similarly milk and stone, or croissants and
scissors, are, in a geographical sense, poles apart as well.

The only linkage is in our own
minds, our memory, our references.

One of the features of our neuro-linguistic
or neuro-sensory capabilities is to make connections and associations like that.
It seems to be related to the way we code up and then index internal
information. Then, when we are processing ‘new’ data we ‘scan’ the index
for familiarity so the ‘new’ thing can be filed there as well as being coded
with its own ‘co-ordinates’.

And as you may have noticed what I’m having to do here is to make some
associative generalisations between neurological functions and some mechanical
or electronic digital processing. Of course our brains are amazing and can process
associations and make connections very much faster than even the most
sophisticated computer, and in a totally non-sequential and analogue way.

I met someone yesterday who
looked very much like someone else I know. She didn’t really sound like her,
but there was enough of an association to flag up for me a degree of
familiarity with her appearance. This then released into my consciousness other
indexing I had done in terms of the person I did know. My thoughts, feelings
and behaviour were modified as a result of this because it ‘seemed’ I was
talking to someone I knew, even though I clearly understood I was meeting this
person for the first time.
You could say I knew I was talking to
someone I knew was new.

My unconscious responses were
overriding my conscious understanding of what was real here – or, to put it
another way, I was adapting and making
up a new version of my reality before I’d even had time to consciously realise
what was going on.
If you’d been able to analyse the “black box flight recorder” of my life
through this episode you’d have probably heard this cockpit conversation
between the conscious and unconscious:

Consc:    This isn’t Carol. Why am I thinking and
behaving as though it is Carol?
Uncon:
She looks like Carol so I got
out your files for Carol.
Consc:    Yea but her voice isn’t Carol’s. And you got the files out purely based
on visual?
Uncon:
Yes – it made sense because I
saw her first. Anyway, what shall we do now?
Consc:    Leave it. I’ll run with the Carol files especially as I feel more
comfortable feeling as if, to some degree, that she’s Carol. BUT – I want you
to make detailed mental notes of what is DIFFERENT about her so I can remember
her properly as an individual, not as a person who is somewhat LIKE Carol.
Uncon:
Ok, Ok, I get the message.        and so on …

This could very well be
subjective make-believe, I know.

Shifting
the Cloak of Familiarity

However, consider the gaps in
the journey between meeting – getting to
know – knowing. There’s a cloak of familiarity that is in the equation here.
And if we sneak that cloak so that it lies over the “meeting” section, then the
journey will be a different one.

We will be more relaxed when
meeting someone if the familiarity cloak is ‘in play’ and will be more natural
and less self-conscious. In my mind-body experience there will be more
resonance and rapport. This will in turn relax the other person, unconsciously fine tune their behaviour, and increase
the resonance and rapport they feel also. Pretty soon we’ll be getting on really
well – and in some instances this could quickly become “like a house on fire”.

Consider two shy people at a
party or social gathering. How do they ever get to meet and talk to each other?
And yet they invariably do! Their shyness is a common ‘bond’ – there’s a
resonance here of cloaked unfamiliarity. They seem to be running an entirely
different set of unconscious responses from the un-shy, which they then each
see in each other.

I was very shy in my youth,
and knowledge of using the familiarity cloak would have saved a lot of
gut-wrenching heartache, to be honest.
Let’s say I’d gone to parties or dances, with the idea, nay the belief, that I
would notice many “Carols” in the room and become familiar with that as a
strategy. It would certainly have kicked into touch the usual scenario of
thinking “she looks nice – far too nice to want to talk to me”.

The familiar and the
unfamiliar, comfort and discomfort – we’re either being protective of our inner
sensitivities, our vulnerability; or we are feeling safe, in control of the
world’s impacts on those sensitivities. When we are consciously striving for
continuous and watchful control, then we are practising and become, over time,
very good at being prisoners of our own thinking.

I can remember my first
experience of feeling I was losing my grip on my excessive conscious control –
it was a kind of delirium, like being drunk but not on alcohol, like being on
drugs but not having taken anything. It was, at times, like I was in the
‘observation seat’ watching another part of me running my life.
At the time, of course, I had no idea what this was, and put it down to
tiredness, over-work, but certainly nothing relating to the
conscious-unconscious ratio. Of course the instances of this experience waned
as I got back to more and more running my life from a thinking perspective.
This was familiar – I was back to my old self again – I was ‘better’ – I’d
returned to the comfort zone – I was on safe ground.

Now you could say here that
I’ve travelled a million miles from being like that. These days I’m very comfortable
with my own unfamiliar, and this has been an enormous personal gain for me. It
enables me to do what I do in terms of performance, it enables me to be the
best I can be in the moment. And above all it helps me find Carols.

Every client, every coachee,
every person my life collides with – is a Carol. Whether you believe it or not,
there’s a collectiveness, a sense of connection, between us all. Some people
are oblivious to this, some tap into it from time to time then return to their
inner and insular world, some allow it to become part of their stream of life,
some have it all their lives and know nothing different.

So, when you notice the “nuttiness”
of some of your more wacky connections – rather like I did when I climbed aboard
the reversing bus – be comfortable with the unfamiliar notion that your “Carols”
are there for a purpose, for you. Loosen that white-knuckle grip on your
conscious reality – especially as it is not really real anyway – and embrace
the newness in every experience. You’ll discover that it’s the best and
quickest way to varying your conscious – unconscious ratio!

Life is for living not
thinking.